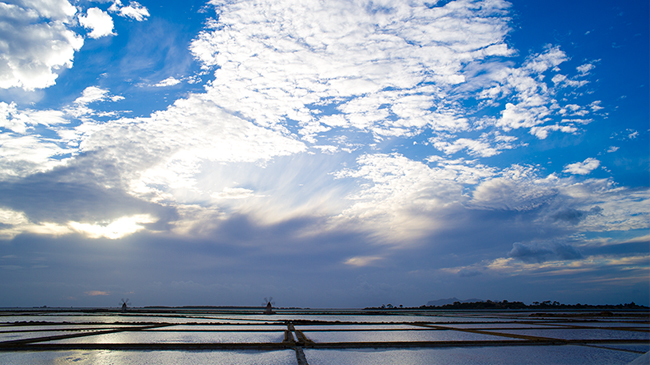 On a recent trip to Sicily, I briefly visited the beautiful and ancient town of Erice, which is perched at the top of a mountain around 750m above sea level, overlooking the sea and salt flats of Mozia.

I was only there for a short time as we were on a recce for a location before returning for a shoot later in the day, but its ancient buildings and incredible panoramic views were magical, especially as the town’s microclimate, even in the summer, means it is often shrouded in mist.

The town is steeped in history. Founded by the Phoenicians, it owes its name to the Greeks who named it Eryx. While not being a greek colony, it was largely Hellenised. It was destroyed by the Carthaginians in the First Punic War (264-241 b.C.) between Ancient Carthage and the Roman Republic. After its final conquest by the Romans, and having lost its previously vital military function, it declined from importance. The Vandals briefly, and the Byzantines ruled the town until it was conquered by Aghlabids in 831 and named Gebel-el-Hamid (mountain of Muhammad). It was ruled by Arabs until the Norman Conquest (Palermo had been captured by them in 1071.) In 1167 the Normans renamed it Monte San Giuliano. The rule of the Suebi, Aragonese, Anjoins and Bourbons followed, until 1934 when, under Mussolini, it reverted to its ancient original name

This is just an example of the beauties to be found in this unique little town. I also managed to take some photographs of the salt flats of Mozia and their famous windmills. 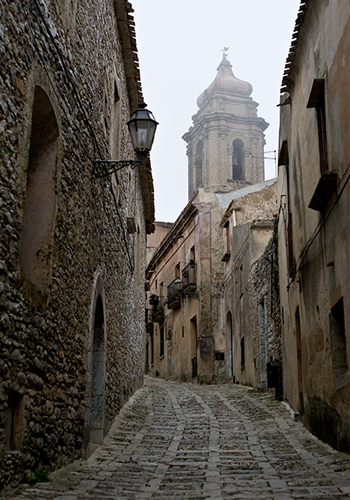 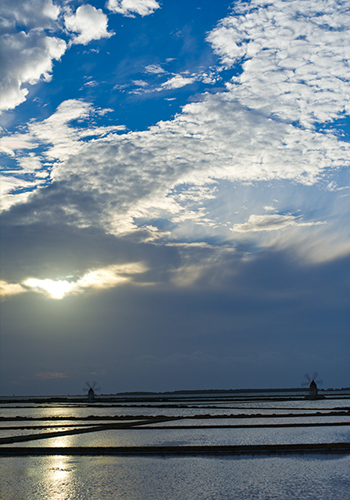